Invectors most appealing products are new delivery systems for diagnosis and therapy, based on supramolecular aggregates (micelles and liposomes) derivatized with bioactive peptides. 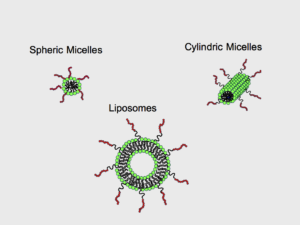 The aggregates are selectively driven by the exposed bioactive peptide on the chosen biological target. The aggregates (micelles or liposomes) entrap on their inner compartment or in the phospholipid bilayer, a pharmaceutical active principle (drug).

The invention thus relates to specific delivery of drugs and/or metal ions. Naposomes™ acts as:

The main aspect is based on the finding that selective and specific contrast agents or drug delivery systems or a system containing simultaneously a drug and a contrast agent, could be obtained by assembling together in a supramolecular adduct two different monomer components, one containing a bioactive peptide able to give high selectivity and specificity to the entire adduct and the other containing a stable complex of metal ions such Gadolinium(III) or Indium(III) able to act as very effective contrast agents in MRI or NM. Both monomers contain a lipophilic moiety constituted by two hydrophobic tails that allow the formation of the supramolecular adducts. The supramolecular aggregates (micelles or liposomes) formulated starting from the monomers are able to encapsulate pharmaceutical active principles in their inner compartment or in their phospholipid bilayer region.

The innovative aspects related with the present invention concerns the presence of the chelating agent that allows to the aggregates to achieve several goals according to the metal ion complexed:

Naposomes™ already in development are loaded with Doxorubicin, are labelled by 111In(III) and contain the following peptide exposed on their external surface:

This invention concerns the obtainment of liposomal doxorubicin exposing the targeting peptide on the liposome external surface, according to a very efficient new method starting from Doxil or Lipodox drug, by using a 3 vials kit 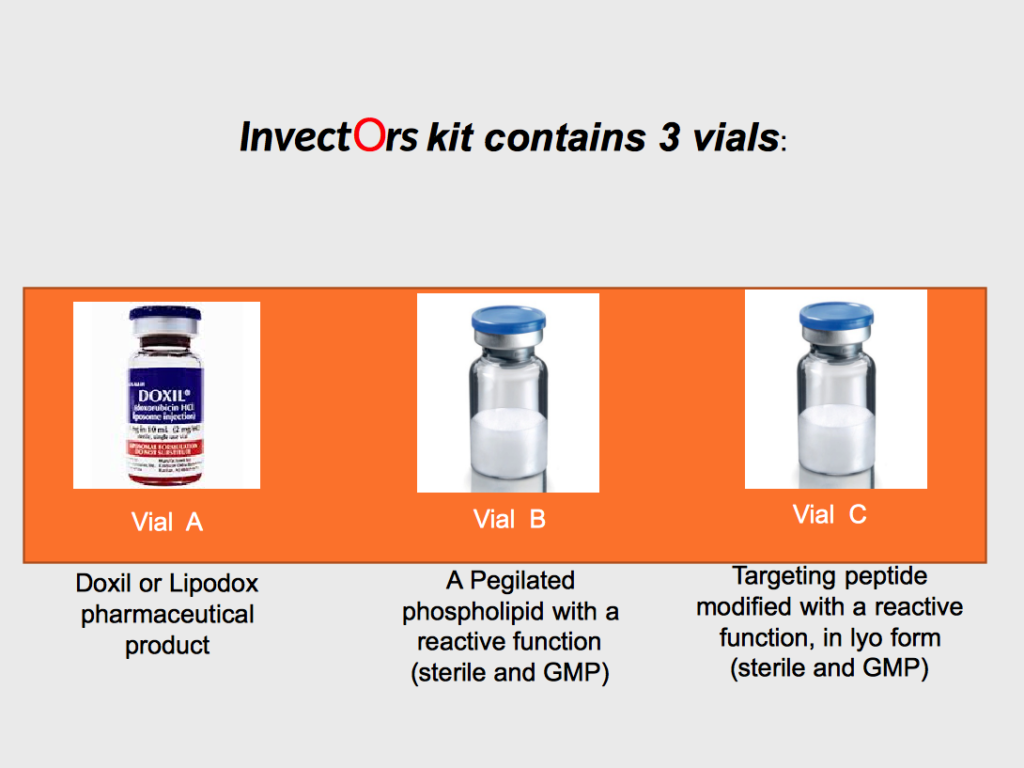 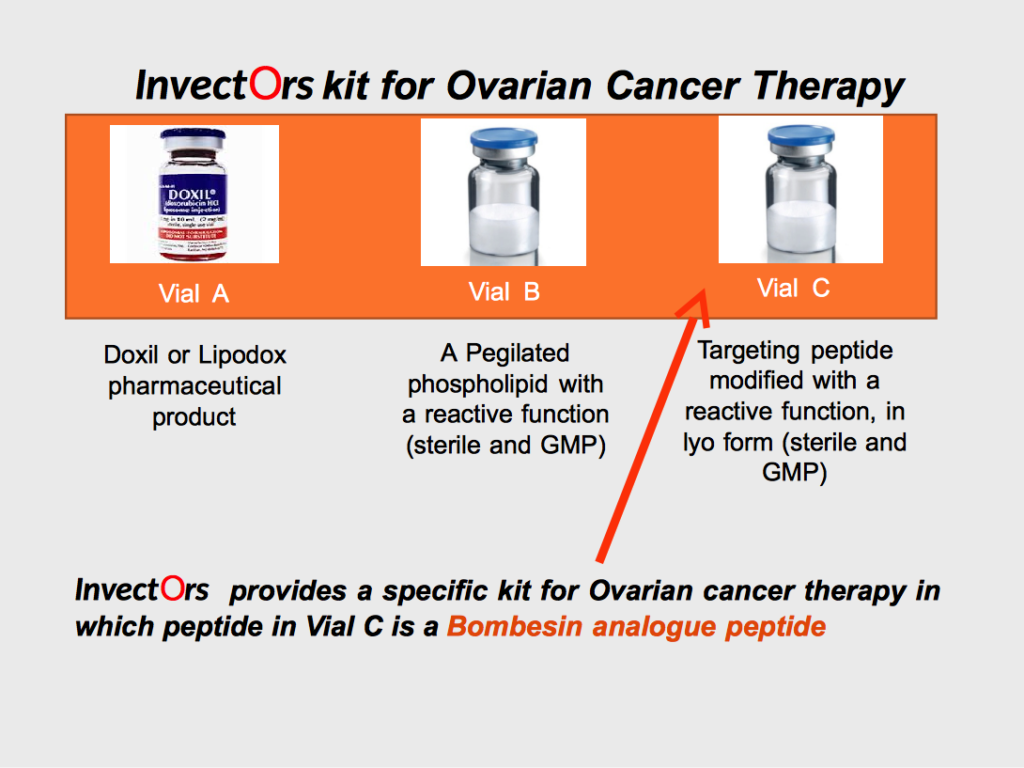 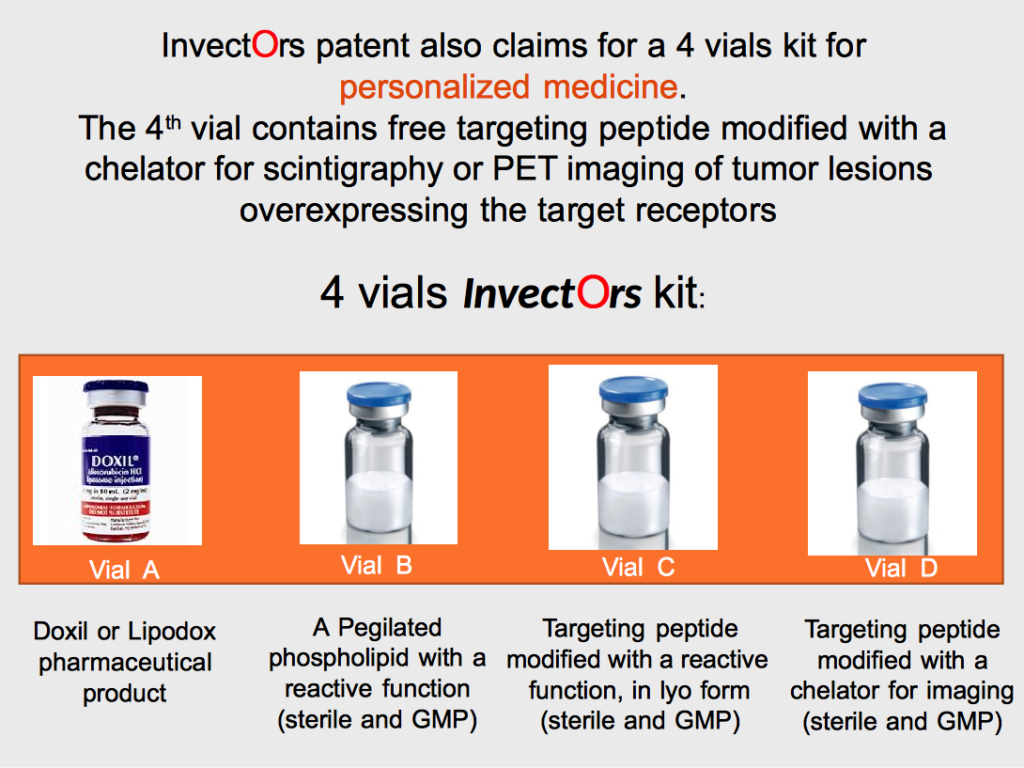 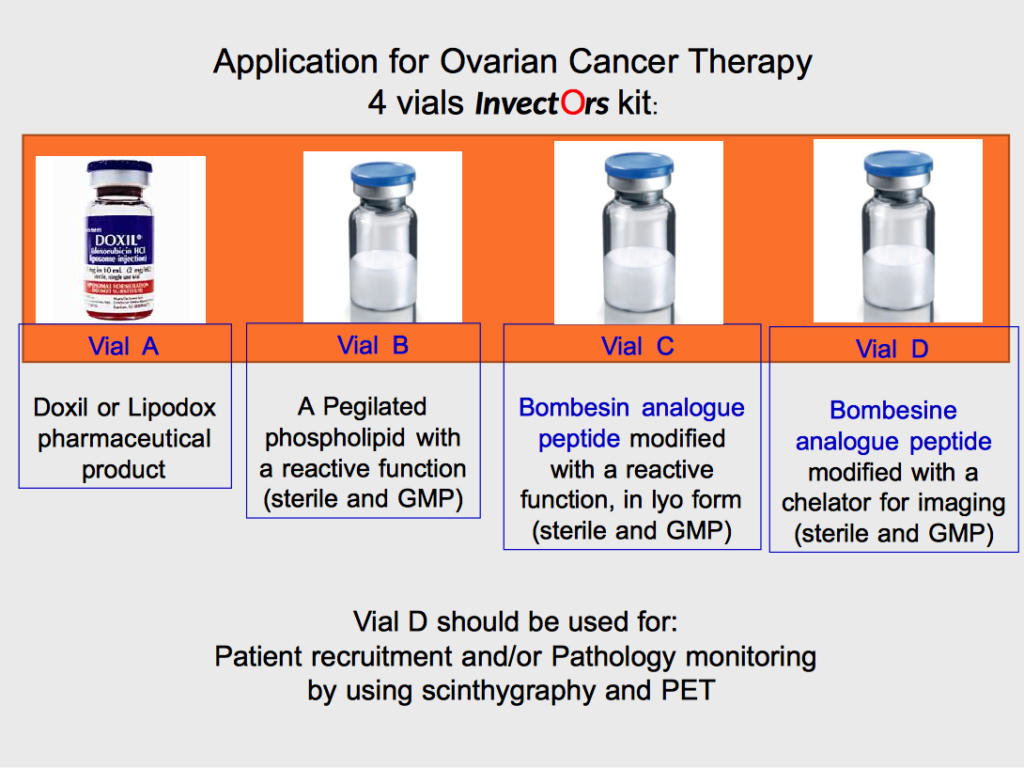